Welcome to The ScreenSlut’s Chills and Thrills, a monthly column of mini-reviews where I talk about movies and TV shows that I have found interesting, compelling, forgettable or just horrifically bad. This entry features warrior nuns, teenage witches, a revenge slasher and a sci-fi conspiracy.

This one is a bit late, but you know life happens! October was full of horror movies for the most part. After writing my Halloween movies post, I felt in the mood for watching some old classics, but unfortunately I managed to out-horror myself, so I imagine next month will be horror free. Maybe some sci-fi in the works. Anyway let’s dig into this month’s Chills and Thrills.

The premise is simple, a new girl who starts attending a Catholic high school falls in to a trio of outcasts, who soon discover they can use magic against those who have angered them.

After hearing about the new adaption that was released this year, I thought I would have a rewatch of this old classic that I have seen on many people’s horror and Halloween lists. But I found it quite dull to be honest. Perhaps I am too far beyond the ideal audience group to fully appreciate it. And since I could barely remember my first viewing, I did not have the nostalgia feel-good receptors going off in my brain. I don’t know, maybe I’m just done with the whole tortured teenage routine.

Wow! After a series of sub-par movies, it seems like Nicholas Cage is back doing what we love best, which is being his weird self. A couple are living a simple life in a secluded forest, when their lives are irreparably damaged when a dangerous hippie cult leader becomes obsessed with the woman. This leads the man to start a journey of vengeance against this cult. For such a brutal and simple concept, the cinematography is beautiful. Though I could do without seeing Cage in his pants! But it is a really engaging and interesting revenge story. And I was surprised that they managed that when Cage barely talks for the latter portion of the film.

This is a low budget sci-fi movie that has an interesting twist. After Ren creates a life-altering drug that induces time-compressed virtual realities, she battles with her company partner over the usage of their creation. It is a very interesting take, though I’m not sure if you can really say it is true sci-fi. Though it has sci-fi elements, the main focus of the film is on a conspiracy that surrounds this new creation. But it does offer an interesting moral view that I don’t think should be missed.

In my memory, I seemed to have combined both the first and second movies of the Evil Dead franchise, so I was a bit surprised by the order of events. I did not remember how silly and wacky Evil Dead II was. And to be honest, the first part of the movie dragged a bit for me. It’s definitely harder to watch older horror films, when we have so many modern horrors now. But yeah my nostalgia did not hold up for me, unfortunately.

But for Candyman, it definitely held up for me. I guess because it has less visual component to it, as much of the movie is filled with mystery with a side of horror. Because the killer’s story is told, it just felt more powerful. Plus you cannot beat Tony Todd‘s voice for gravitas in a horror film, that’s for sure.

This was another film that I watched because I wanted some easy-going trash viewing. But it was a lot more fun than it appeared to be. After an age of greed, that led to corporations taking over the world’s governments for profit, a war ensued that left the world in devastation. Now is the time of the bounty killers, who are issued death warrants for all white collar criminals from the Council of Nine, that provides order and law in this new world.

The summary makes it sound like the world-building is much more grand, but really it is about two bounty killers who are hiding some secrets that could upset the new order. It is based on a comic of the same name, which explains the visual style of it and its wacky characters. Definitely worth a watch, if you want some silly post-apocalyptic action.

This is the movie that Tom Hardy just had to deal with before he became the famous guy he is now. Featuring Tony Todd from the Candyman alongside him who plays one of the villains in this film, it follows the story of the Minotaur with some variations from the Greek mythology. Theo is haunted by the loss of his beloved, who was sent to be sacrificed to the Minotaur a couple of years ago. After a leper seer tells him his beloved is still alive, he swaps places with one of the chosen sacrifices to seek her out and slay the beast.

Yeah, it was pretty poor, the camera work seemed odd, like they didn’t know how to zoom out which kinda threw me off a bit. The storyline and the costumes weren’t terrible, however the resolution was pretty dreadful, probably to hide the poor effects. It is a pretty forgettable film.

So yeah the name is terrible, and it is based on some young adult novels of the same name, but I thoroughly enjoyed this (full review here). There are none of the cringe factors that we had with Twilight, and it has quite sharp and witty dialogue. I will be writing a review of this soon, so watch this space. But Vampire Academy follows two best friends, Rose and Lissa, who are running away from their school for the past 2 years. They are soon found and taken back to the academy, where there are dangerous power struggles happening around them, that leaves Lissa in jeopardy.

The Ash Lad: In the Hall of the Mountain King

This is probably the best fantasy adventure film (full review here) that I have seen in quite a long time. It is a Norwegian production so you will have to use subtitles, or watch the dubbed version like my lazy self did. It is based on Norwegian Folktales that was collected by Peter Christen Asbjørnsen & Jørgen Moe, who were inspired by the Brothers Grimm success and methodology.

Following Espen who comes to be known as Ash Lad, embarks on a dangerous journey to defeat a troll known as the Mountain King to save a princess, and in return, save his family’s farm from ruin. What I liked about it, is the characters are all funny and charming in their own unique ways. But even though that part of the world has a penchant for darker stories, it was surprisingly a light-hearted film, that even kids would love.

I haven’t quite finished the first season, so hopefully it won’t all go terrible in the last episode but I have been pretty much obsessed with this show. Yet again, I am finding new stuff by randomly choosing entertainment without looking at ratings or reviews – which seems like a pretty good strategy this past month and a half. I have to say it was probably the name which made me think this was going to be pretty terrible, but it is quite appropriate for the plot.

After waking up in a morgue, Ava, an orphaned teen finds that she now possesses superpowers, granted to her by the Halo that is in her back. But she soon finds out that with these powers comes responsibility and danger, as she is the chosen one for a secret sect of demon-fighting nuns. Yeah, chew on that! It does sound a bit silly, but trust me, it is a lot more riveting than it sounds. It has great action, mystery and conspiracy plots flying about, that I can’t wait until the next season is released. 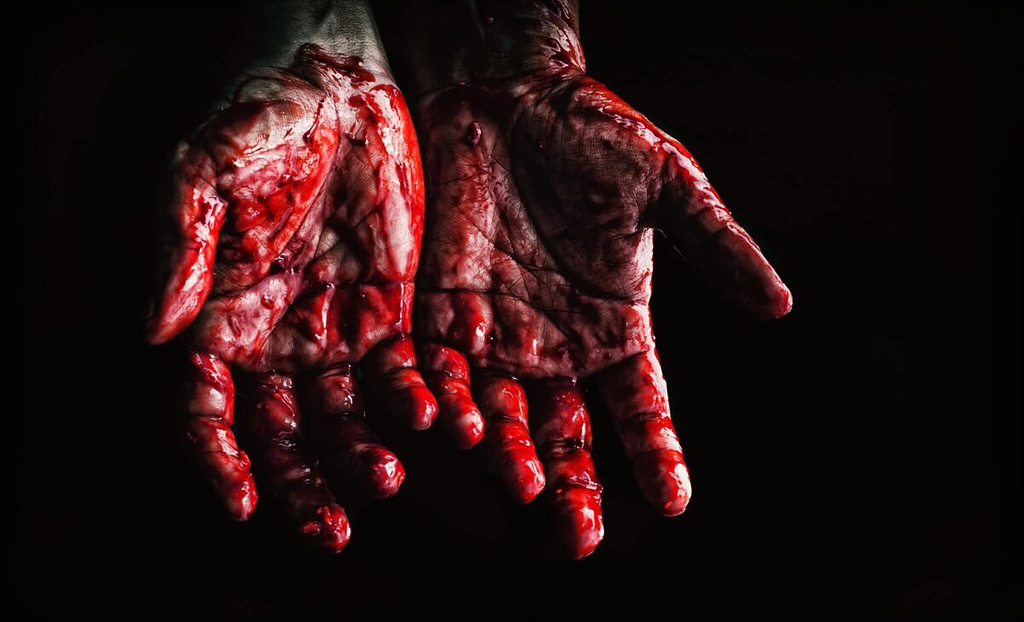