Haven, although it does not have the wow factor, is a refreshing and comforting show that is perfect to wind down with after a long day. It manages to create that atmosphere whilst also piquing your interest with a slow burn mystery.

Haven is loosely based on the Stephen King’s story The Colorado Kid, but different enough for those who have read the book. It follows FBI special agent, Audrey Parker, who arrives in Haven whilst tracking down a criminal fugitive. Soon after she tracks the fugitive down, she witnesses strange occurrences that cannot be explained by conventional methods. When she sees a photo that has a woman that could be her double, she feels compelled to stay. As an orphan, Audrey knows nothing about her family, and seeing this photograph may be the only connection she has to finding out about her past.

Haven is like a procedural show, in that each week, we are treated to new supernatural events that threaten people or the town. And each week Audrey and the police chief’s son, Nathan, do their best to help stop it from happening. But along with each mystery, the mystery of the Colorado kid and the woman who resembles Audrey in such a way that it is uncanny lurks in the background. Haven is presented as a kooky town with kooky characters, where strange things happen, so it would be easy to think that there isn’t more to it. However, it slowly unveils new clues about Audrey’s past as well as the hidden dark past that even seemingly innocent characters have.

Although Haven has a lot of similarities to other supernatural works such as the X-Files and Twin Peaks, it differs in that there is a community feel to the town where it is set. It is not just Audrey against the world, like with special agent Mulder. Considering she is a stranger to Haven, the community is mostly welcoming of her, though not always willing to help her. Though of course there are those who have their agendas and secrets that they want to keep hidden.

This is what sets Haven apart from other shows (which usually only focus the couple of main characters), this TV series gives all its characters personality and intrigue. In each episode there is a little titbit that may be revealed about someone, that you just know will come up in the future episodes. It is just dropped in such a way that does not feel obvious, but definitely reminds me of the mystery novels that it gets its inspiration from.

There are no massive dramatics that a lot of viewers might expect these days after being spoilt with the likes of Game of Thrones and so on. I find that Haven is more of the older style of mystery, where it is a low-key slow burn that unfolds at its own pace. Something more in the style of Agatha Christie novels, than what we would anticipate from a Stephen King novel. This is not a criticism of Haven, in fact I find that it is rather refreshing to not have to deal with insane whiplash going from one shock to the next.

Apart from this, Haven should be commended for managing to create many likeable characters in this series. It is too often that you end up hating or disliking either the protagonist or one of the side characters, but that does not happen in this series – at least so far.

In terms of supernatural ongoings, the special effects are nothing to write home about, but decent enough for a show of this size. You definitely won’t be put off by some of their less than top-notch effects. But they do find ways to get around the lack of budget, to still have some interesting stories such as the one who summons people’s darkest fears just by a look.

I do hope that Haven can manage to maintain all the things that make it a worthwhile show for the duration of its 5 season run. I am only briefly into season 2 so far, and it seems to be making good on those promises. Regardless Haven is a show that is worth a watch especially if you are a fan of a more thoughtful and deliberate pace.

Haven is not a series if one is looking for dramatic thrills, but it is a show that manages to be simultaneously mellow and intriguing.

Time Trap Review – a cerebral sci-fi everyone can engage with 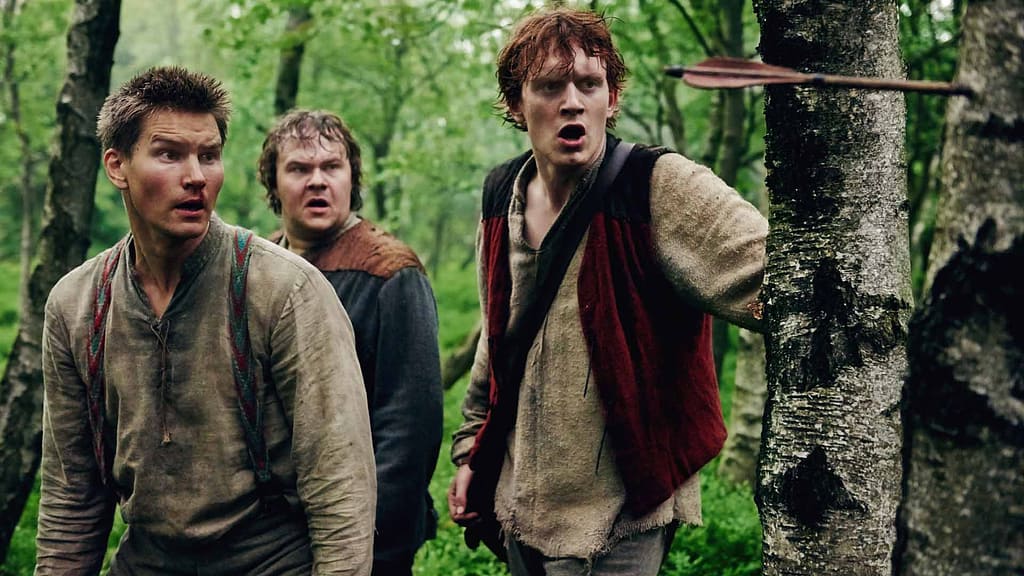