With a name like Scouts Guide, it did not sound like it would be that promising. Horror movies seem to have an abundance of these variations of “vs Zombies” which in fact Scouts Guide was originally called. So you can understand my hesitation, as most of these are sub-par, quick money-grabs just relying on the enthusiasm of zombie fans. But for the most part, Scouts Guide to the Zombie Apocalypse is an enjoyable watch. Though like many teenage aimed movies, it unfortunately has a humour that can be crude and sexist at times.

Scouts Guide to the Zombie Apocalypse starts off with a curious janitor in a research facility. He goes into the lab to tidy up but stumbles upon an experiment that he soon finds out has gone horribly wrong. After accidentally knocking out the wires to the machine next to this patient, the strange looking man awakes attacking the janitor. The facility is overrun with these infected humans who soon find their way to the outside world.

Meanwhile, we are introduced to three young friends who are in the scouts. Ben and Carter are feeling that they are too old to be in the scouts any longer, whereas their friend Augie is utterly obsessed with anything to do with it. Not wanting to upset him, they sneak away from their camp site to go to a seniors party. But whilst driving through the town, they find that everything is deserted. As they take the opportunity to walk into the normally strictly guarded strip club, they realise that the town has actually been taken over by zombies. These three friends must put aside their differences to escape this zombie infestation.

I have to say the title is a bit misleading as it does not feel like an apocalypse at all, as it is entirely contained within this one town. Though military personnel turn up once and there is a doomsday clock on the town, apart from that there is not much engagement with the outside world. Regardless, what does happen in this town is enough to keep you entertained for the most part.

What makes this more compelling than other light-hearted zombie movies, is that Scouts Guide is both a zombie movie but also a teenage coming of age story. Even though the zombies are obviously the main draw in Scouts Guide, it is the friendship that is tested between Augie, Ben and Carter that makes this film worthwhile to watch.

How they navigate their differences and repair their relationship after Ben and Carter betray Augie by sneaking out the camp site at night is nice to watch. Starting at odds, they are forced by this zombie infestation to band together to protect each other and escape the town. In this way, it is very similar to the older 80s coming of age movies. This is definitely one of Scouts Guide’s strong points.

However, the romance/crush angle I did find to be entirely boring, and I wish they hadn’t wasted screen time on this. It would have entirely worked focusing on their friendship. This is obviously a formula that has worked for other movies in the past, but it just makes the movie seem pretty rote at times. Nothing really new is happening with this angle, and it would be quite easy to forget that this was a part of the movie. Perhaps if the character and his crush had had more than 5 minutes of screen time together, this might have been more effective.

However, there are a few things that Scouts Guide could have done without. Women are treated mostly as objects of sexual attraction throughout this. It is definitely a teenage boy movie, so I am obviously not the target demographic for this. The humour is what you would expect for a teenage film for the most part, but there were a few moments where it just went a bit far. I have never been a fan of body humour, so maybe others will find those moments hilarious. But when we have the zombie boob groping, the penis detachment and the oral sex gone wrong, it did feel a little bit cheap.

But it has enough zombie horror to make up for the outdated sexual comedy. The zombie deaths, if not particularly original, are quite bloody and gruesome. I found the zombie cats bit to be quite humorous. This is what Scouts Guide does particularly well, having funny bits about the unfortunate scrapes and situations they get themselves into. If they had leaned on this along with silly deaths, this might have become a classic like Shaun of the Dead.

Nevertheless, the later scenes are particularly fun to watch. They fashion some weapons made up of several components from a hardware shop, which bulldoze through several zombies. The makeshift gun was my particular favourite. I wish they had perhaps made more of a thing of their scouts training, considering it is called Scouts Guide, but it only comes up once or twice. It is quite clear that no one who wrote this movie was in the scouts, as I don’t know any scouts that could fashion a bomb.

The ending was unfortunately pretty lacklustre, as it focused on the aforementioned romantic angle. Apart from that, it does pretty much play out how you would imagine it to go. There are no surprises, and it is definitely going for that feel good ending. It would be silly to expect a dramatic ending to a silly film, but I had hoped that we might have got a little surprise or twist that wasn’t predictable.

Scouts Guide to the Zombie Apocalypse definitely won’t be referenced in pop culture, like the films it derives its humour and style from. It is entertaining escapism, that will probably please most zombie comedy fans, especially with the abundance of sub-par zombie movies that are released each year. But this is not a film that for those of an older age will revisit once watched. It fails to deliver on the comedy for the most part, making this a stale addition to zombie comedies.

Scouts Guide to the Zombie Apocalypse is available to stream on Amazon Prime Video. 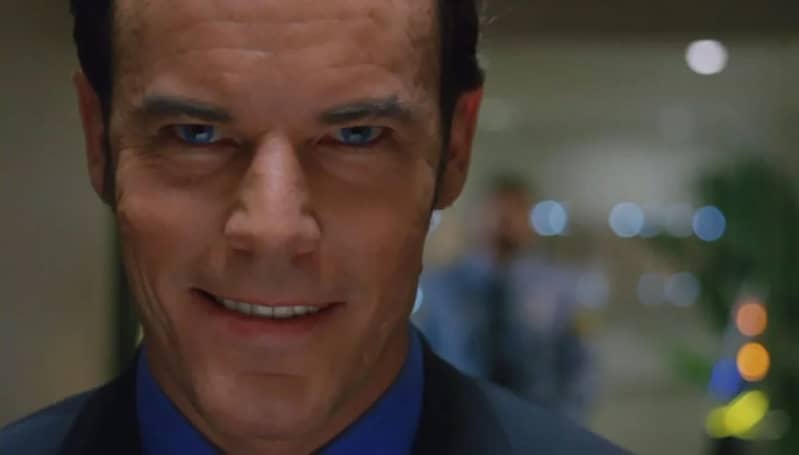 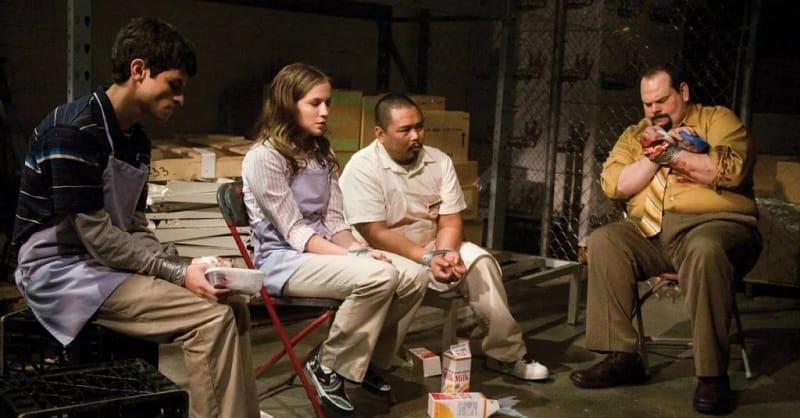