I probably knew The Visit wasn’t going to be a great film when I saw it was written by M. Night Shyamalan. I have to say never been that impressed by his films, but I was willing to give him a chance. Unfortunately, The Visit disappointed me, with its tame offering to the horror genre.

I had watched the trailer of The Visit and it had seemed interesting enough. Two kids go to visit their grandparents, when their mother goes on a cruise vacation with her boyfriend for the week. Tyler and Becca have never met their grandparents before this visit, as their mother is estranged from them. She reveals she left home 15 years ago, as they did not approve of her then husband. Both kids want to make a documentary of their grandparents, so they use a handheld camera to record footage and interviews with them. But soon after they arrive, the grandparents start acting strangely with increasing intensity that frightens them.

The Visit was kinda scary in some parts of the movie, particularly the scene under the house, but it never really drew me in at all. The backstory of the falling out the mother had with her parents, seemed too wedged in the story to feel natural. It had a lot of real estate in a short film by today’s standards. However, the last scene in the film before the twist is revealing, is particularly grim but I wouldn’t necessarily call it scary in horror standards.

Although The Visit was meant to be from the perspective of a handheld camera, I never felt they utilized effectively. In fact, you could argue The Visit was a decade older by how fresh this found-footage perspective felt like. But perhaps it was meant to be amateurish in its style to represent the young documentary maker, Becca. Nevertheless, of the found-footage movies I’ve seen, this was the weakest of the bunch. Full disclosure, I do have a very high bar for found-footage films, so your experience may vary.

The acting by the kids in the film was fairly competent, but it drew away from any horror. And until the very last scene, you didn’t feel any sense of urgency from them. They were more curious than anything else, which didn’t seem like an authentic reaction. If you don’t like mentally screaming at the screen because they don’t seem to want to escape this grandparent hellhole, you should give it a pass. Sometimes it felt more like a comedy than a horror film and IMDb tells me that it is not what they were going for. And if they were, it sadly fails as that too.

The twist was quite mundane in my opinion and not that all surprising. Some critics have compared The Visit to a modern Hansel and Gretel tale, probably due to the scene where the grandmother asks Becca to climb in the oven. But I find that comparison fails for me. I had hoped for something exciting like demons but instead, we got insane patients that had killed the real grandparents. If you find the nudity of old women and old men hiding their shit in a barn scary, perhaps volunteering at a mental hospital would be up your alley. But it was just sad really rather than scary. Maybe M. Night Shyamalan just has very disturbing ideas about the older generation.

If you are really a big fan of his work, you might be better off watching The Sixth Sense over and over, than ever laying eyes on this sad mess of a film.

The Visit is available to stream on Netflix.

DeepStar Six Review – the crew is the real terrifying monster 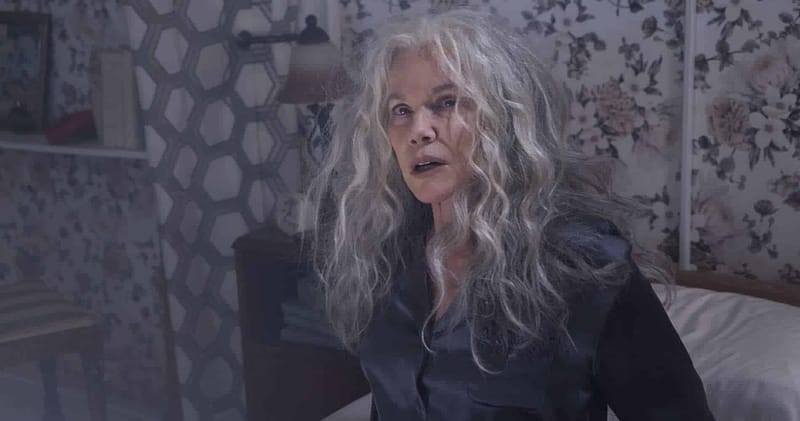