Body had the potential to be an interesting horror thriller, but it is clearly clouded by a very naive masculine impression of gender dynamics.

Body follows three girls, Holly, Cali and Mel, who are celebrating the Christmas holidays at Mel’s house. Cali, not satisfied with going to bed early, convinces the other two to drive over to her uncle’s mansion which is empty. Filled with expensive cars and expensive liquor, they are having a lot of fun, but soon things take a darker turn.

However, Holly finds family photos that aren’t even the same ethnicity as Cali, leading her to confront Cali about it. After hearing the truth, Mel and Cali want to leave but before they can do so, someone enters the house. Trying to escape without being caught, a gruesome accident happens which they cannot ignore.

Probably what I found most lacking overall was the character development. As it focuses on these three girls only, this would have been a ripe opportunity to explore their characters and their relationships with one another. But instead, we have these obvious character tropes, that even some lovers of less progressive horror, will audibly groan at.

On one side, we have Holly who is meant to be the moral compass of Body, at least that is what they are going for. But with her actions or inactions, she is just as amoral as her friends. Quite happy to go along with plans, with some lacklustre disagreement, until the tables are turned on her.

Then we have Cali, who, unlike her counterparts, is more than happy to lie and scheme to get out of trouble. Of the bunch, she has no qualms about talking about sex or being provocative which I assume is why she is the devious one of the bunch. And stuck in the middle of those two is Mel. Mel has no character it seems. If I had to describe Mel, it would be indecision personified.

None of this might have been so bad if the events in the story were engaging enough. However, the sequence of events feels like men writing women badly. So a death occurs, that leaves them in a predicament as they were never supposed to be there. There is a multitude of ways they could have covered their tracks, by disposing of the body or just removing their DNA. Ones that could have added some interesting friction to this movie and felt a lot more plausible. But instead, they go for a false rape story.

A cover story that is way more convoluted and harder to falsify than these filmmakers seem to imagine. I find it hard to believe that even some young women would choose that as their first reasonable explanation. In the media, there are often people claiming false rape accusations are rampant (they are not), so it seems grossly disingenuous at best and utterly harmful at worst. To make a film, in which women do that, seems highly misogynistic. This is doubly so since it is two male directors, Dan Berk and Robert Olsen, who also co-wrote Body making this particularly an icky and uncomfortable plot device.

The cover-up spirals out of control and at that point becomes even worse than their crime. They had taken some drugs and alcohol, but they were not so intoxicated by it all, that they lost any critical thinking skills. For such a simple premise, it is almost impressive how ludicrous they go, but only almost.

However, if we ignore that, I cannot say I found the story of Body to be that engaging. There is a lot of back and forth that happens that doesn’t advance the story or characters in any way. You feel as if you can see the ending happening before it even comes to its conclusion, but it still manages to happen suddenly. Lacking in lead up to the fateful conclusion, it feels a bit rushed and haphazard. And features a repeated screaming scene, that makes this bloody ending a bit more comical than intended.

Regardless of its many flaws, the actresses (Helen Rogers, Alexandra Turshen, Lauren Molina) did have good chemistry with each other. You believed that they were friends (at least in the beginning) and that their life or death conflicts would have been mirrored in day to day business. It is just sad that the writing overshadows all of this, as with another script, they might have been able to make their characters more compelling.

Body starts off with an interesting premise, that spirals into meandering ridiculousness with an ending that feels half-cocked.

Body is available to stream on Shudder now. 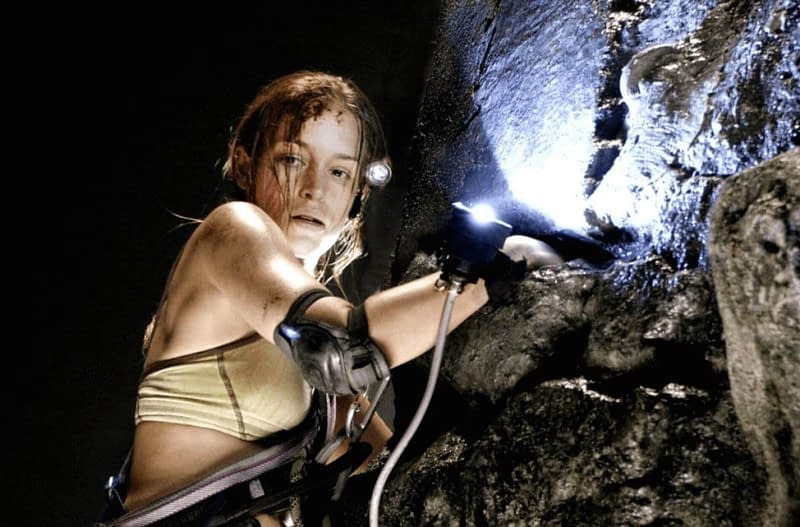