Blood Red Sky ended up having a more emotional impact on me than I expected. In the beginning, I was just wanting some monster action. It could have been so easy to feel disappointed by this film, as it was not what I was expecting. But Blood Red Sky not only manages to give you terrifying monsters but an emotional story that blindsides you and packs a heavy punch.

Blood Red Sky follows a mother, Nadja and her son, Elias who are getting on an aeroplane so the mother can seek treatment for her mysterious illness. Whilst the mother is taking her medicine that causes her great pain, the son befriends a fellow passenger at the airport. On the flight, all seems well until a group of men announce that they have hijacked the plane. Fearing for herself and especially her son’s life, she takes matters into her own hands leading to a fight to the death.

As I said above, the combination of dirty bloody violence and a family drama made this a vampire movie that you probably have not seen before. There are a lot of films, that cater to the more emotional side of being a vampire. Usually, shame for their blood lust, but Blood Red Sky sidesteps that usual trope.

Of course, there is a mention of this via flashbacks, but it is not really the whole point of it. As I have mentioned in my previous reviews, I am not the biggest fan of flashbacks. Too often, it can slow things down and break the momentum of things. But I did enjoy the way they were inserted into this film.

During periods of unconsciousness, Nadja relieves the moments, that cursed her with this disease. Much like the rest of the film, it is a heartbreaking experience. But not only that, it shows Nadja’s motivations, which are not only to protect her son but also humanity. This is not a surprising motivation for a character in this situation, but it does really drive the point home a lot more successfully than other vampire films.

Also, Peri Baumeister who plays Nadja, performs this role with expertise, going from the stilted shy woman to the strong and desperate protective vampire mother. The chemistry and connection that is shown between Baumeister and Carl Anton Koch who plays her son, Elias, is what really makes this Blood Red Sky shine.

But the side characters, add a lot of flare and drama to the movie as well. We have Kais Setti (Farid) who amongst the panicked passengers, is the only voice of reason. He at first feels sympathetic for both the mother and son. But when the mother’s monstrous form is revealed, he is just as terrified as the other passengers. You can see the sway of emotions that sways across his face at any given moment.

There are a few recognisable stars as the terrorists but for me, the one that made the biggest impact and turned out to be the wild card was Alexander Scheer. The revealing of him as a terrorist was fantastic, waving a gun about whilst completely covered in blood like he has not noticed. There was a risk for his role to become comedic, but he walks the line well, straddling psychotic with a bit of sinister humour that still makes him a great presence to be feared.

This film does not try to shiny up vampires at all, they are clearly monsters in this film, even the mother. Nadja, knowing that these terrorists have upended her treatment plans, comes to resigned acceptance of her fate. Where the compelling drama comes in, is her son’s absolute faith in her, even as she becomes more and more twisted. Nadja has fully accepted that there may be no hope for her, but she will not give up on her son at all. This makes her slow descent into a monstrosity, all more heartbreaking.

Blood Red Sky also deserves my 4.5-star rating because of the monster transformations. Though we are used to judging werewolf transformations (and often being disappointed), there is not often much put into a vampire’s appearance. Apart from a few fangs thrown into the mix and deathly pale skin, vampires can become a bit boring after a while.

Not the case with Nadja however, who slowly becomes less and less human as time wears on. The drugs have been holding off the effects, though she has no hair and wears contacts to hide her colourless eyes. But that is just the start of things. Covered in blood throughout most of it, her bone structure starts to change. Her facial features become harder and more pronounced, giving a creepy otherworldly feeling to her. But perhaps the best part of the transformation in Blood Red Sky, was the teeth. So used to two fangs being all we see, that seeing a mouth that looks like a creepy grinder, was a scary delight to behold.

Perhaps the only part of Blood Red Sky that was a bit lacklustre was the scenes with the military are not that thrilling as one would hope. The opening scenes are useful to set up the premise, but their role seems rather one dimensional. Especially as the armed forces seem utterly unwilling to listen to any of the survivors. They seem to be there to offer a bit of resistance at the end, which is not bad per se but does make those scenes feel like filler more than they need to be.

The ending like the rest of the film packs a punch. You would have to be completely heartless to not want to cry at the end. It does not end on a totally negative note, but you are fully aware of the high cost that was paid by everyone on that plane to come to this.

Blood Red Sky spins the terrorist hijacking on its head, having a mother being both the protector and monster in this. But as you will find out, things become a lot more complex and high risk for everyone.

Blood Red Sky is definitely a film to watch, if you are looking for fresh and interesting vampire effects, an emotional story with heart, compelling action and villains.

Blood Red Sky is available to stream on Netflix. 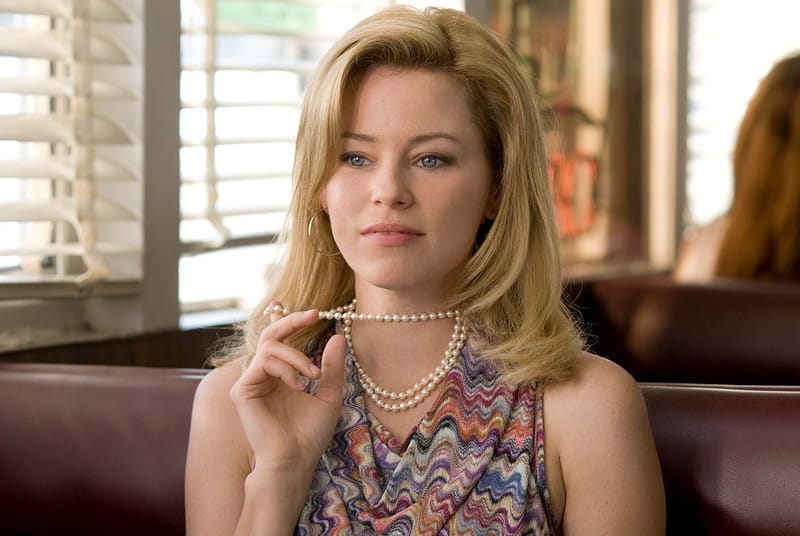 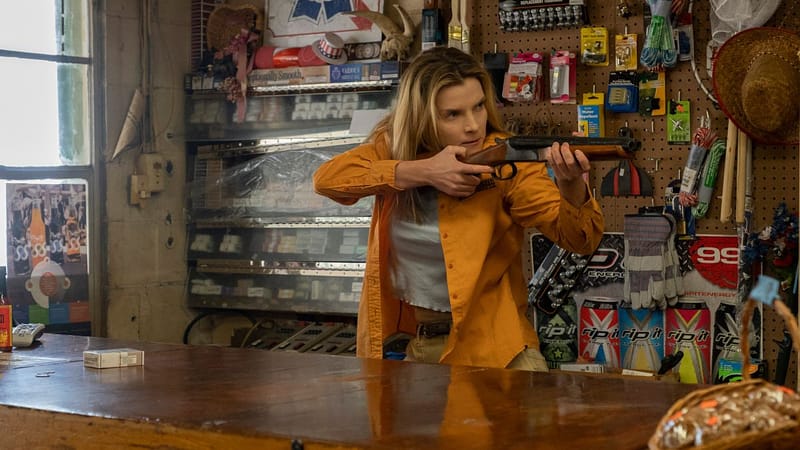 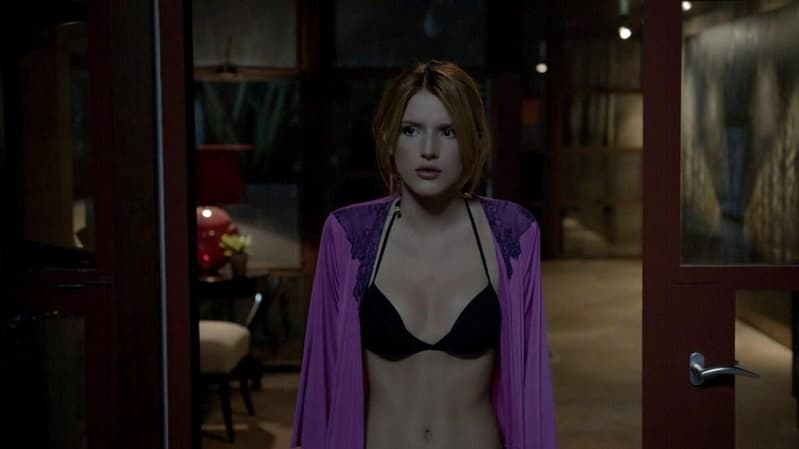