Following on from my horror tv show list, I thought it was about time that some sci-fi shows get some appreciation. Like with horror, sci-fi shows tend to be cut down before they even start getting going.

Even with big names behind them, many have not been so fortunate as Expanse, to be saved from the chopping block. To get 4 seasons in a sci-fi show can sometimes feel like a miracle. Nevertheless, a lot of the stories in sci-fi are worth the watch and many have influenced other later shows.

For the most fanatic fan, a lot of these shows may have been on your radar. But hopefully, I can find a few hidden gems that are unknown to you.

Dark Angel was a pretty cheesy and campy sci-fi show, where Jessica Alba, Jensen Ackles and Michael Weatherly got their first taste of the limelight. I adore this show, having the two seasons at home on a box set, even with its ropey pilot. There is a lot of charm in this show from all the characters, that it manages to grow on you.

Dark Angel follows Max who is one of several genetic enhanced super soldiers that escaped a covert military facility run by an organisation known as Manticore. Set in post-apocalyptic Seattle, where an electromagnetic pulse weapon has wiped out all computer and communication systems, turning the US into a third world country overnight.

Trying to avoid capture, but also find her brothers and sisters, she runs into the man behind Eyes Only. Eyes Only is an underground cyber journalist, who tries to shine a light on the corruption that runs amok in this post-apocalyptic world. He offers to help her locate her family if she uses her superhuman powers to assist his crusade against the world.

If that does not convince you to watch it, Dark Angel was created by James Cameron. You know before he went Avatar mad.

Dark Matter is another series that was cancelled before its ending. But for fans and future fans of the show, the creator Joseph Mallozzi released on their website what would have happened in Season 4. So at least in a sense, it gets a proper conclusion. Regardless even with the unfinished story that is shown in 3 seasons, it is still worth a watch.

Dark Matter set in a dystopian 27th century, 6 crew members wake up on a derelict spaceship with no memory of who they are. The only clue to their past and futures is a cargo hold full of weaponry and a destination to a mining colony that is soon to be a war zone. With no idea what their goals are or whose side they are on, they must piece together the fragment of their lives whilst paranoia and mistrust run rampant amongst the ship.

Dark Matter reminded me of Firefly (another short run much-lauded sci-fi show). There was a growing rapport and emotional connection between the crew members, however, unlike Firefly each character had their own mysterious secret they would soon discover. Dark Matter, unlike Whedon’s creation, had more interesting and much darker characters, with several storylines that had the potential to go to many interesting places.

Who doesn’t love a bit of time travel? Time travel does tend to be one of the sticky subjects to cover in science fiction. If you explain it too much or too little, the viewer can end up being very disappointed. Thankfully Travelers covers this topic well.

Set in the current time, a team of special operatives are sent from the post-apocalyptic future to stop catastrophic events that may lead to the collapse of society. Following a strict protocol, they take over the lives of those hapless souls at the moment of death.

Everything is decided by the director who determines whether they can interfere or not, usually involving life or death situations. However, there is a rising faction in the future, who do not believe the Director should be making the decisions. Torn between the emotional ties to their hosts’ loved ones and their mission, the Travelers face difficult decisions.

Unfortunately, this show was also cancelled after 3 seasons, however, there is no cliffhanger and ends on a satisfying note, with some stuff left up to the viewers’ imaginations.

I do like the 12 Monkeys movie, but I feel like I might just like the TV show more at this point. It has a lot of in-depth storylines that just will boggle the brain. Not on the level of something like Dark but definitely close to that. 12 Monkeys is only loosely based on the movie but follows the same protagonist in the movie, James Cole.

As with the movie, the Army of the Twelve Monkeys has released a deadly virus that has wiped out almost all of humanity. Cole is recruited to travel back to prevent the virus and stop the deadly organisation. He goes back in the tv series to 2015, just before the virus is released and recruits the help of virologist Dr Cassandra Railly to uncover the events that lead to the deadliest virus in human history.

Not only is this a top-notch show that is a brilliant continuation of this storyline, but unlike many other shows on this list, the story is complete. With 4 seasons, 12 Monkeys is a solid series that you can sink your teeth firmly into.

This is a pretty odd show, as even though the premise of it is that humanity has been taken over by aliens, we rarely see any aliens. It is through the enforcement by the military under the guidance of these aliens that most humans are enslaved. It definitely has a creative approach that undoubtedly saved money on special effects but also created an atmosphere similar to 1984 world.

Colony follows a family who is living relatively peacefully in a world that has been taken over by aliens who humans call the hosts. The invasion is already over, with the world completely under alien control. In this new world, many military and non-military personnel have become the enforcers of the aliens’ decisions, creating an organisation known as Transitional Authority.

Large walls section off parts of the city in Los Angeles, with the Transitional Authority having an iron grip on who goes where. People are monitored closely through informants, cameras, electronic checks and threats of death. However, a group known as the Resistance is trying to fight back.

It explores the dynamic of how people react when given power and how easy it becomes to betray their loved ones. Colony is a great show with compelling characters and a bleak world. Unfortunately, the show ended on a cliffhanger, but the journey is worth it regardless.

I was so disappointed when Humans was abruptly cancelled. Though there have been many movies that have delved into the morals of sentient AI, there is a dearth of TV shows dealing with this complex question.

Humans is a misleading title, as it actually deals more with Synths, who are anthropomorphic robots. Set in the present day, Synths have become the must-have gadget for any busy family. One family feeling the pressure of modern-day life, purchases a Synth to help around the house. A seemingly benign purchase that ends up having earth-shattering consequences for humans and Synths alike.

Humans delves into the complexities of what would it mean if an appliance becomes sentient. Some questions are explored such as consent, morality, autonomy and many others.

This is the only mini-series that I have on this list, but the 6 episodes will keep your eyes glued to the screen.

Featuring Tricia Helfer from Battlestar Galactica, it is set onboard a spaceship. The passengers of this ship are on a covert mission to populate another world, having left Earth in the 1960s.

Halfway through their journey to the new world, a murder of a young woman rocks the stability of everyone on the Ascension ship. The first murder to have occurred 51 years into their 100-year journey makes many of the ship’s inhabitants suspicious of the true nature of their mission.

The explosive twist and the murder mystery make Ascension well worth putting it on your watchlist.

So there you have it, 7 sci-fi tv shows that you can give more loving. What are your loved but unknown sci-fi tv series? 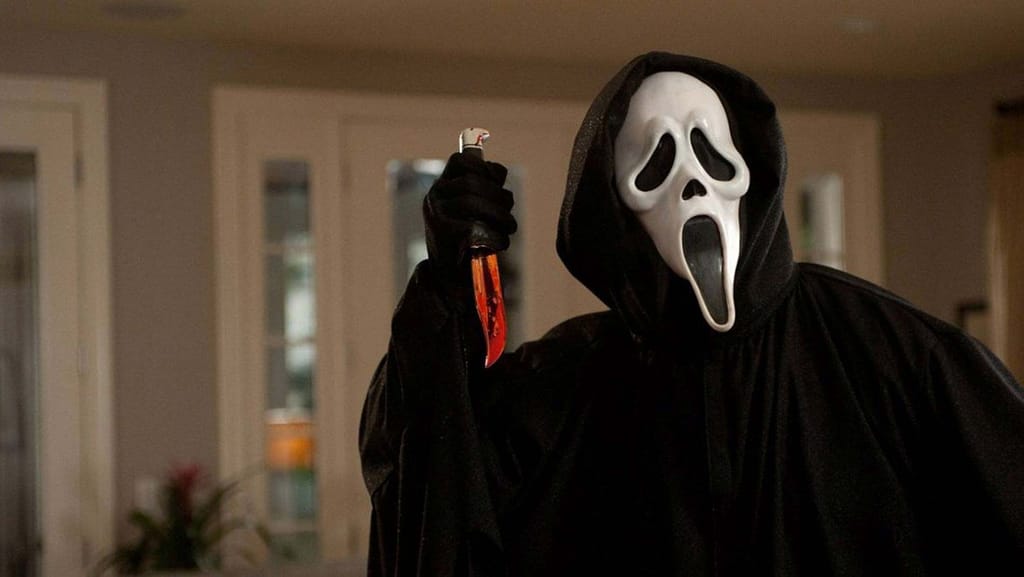