I have mixed feelings after watching The Nightingale. I was expecting from the description on IMDb, was a straight up revenge story — something similar to I Saw The Devil. But that’s not to say that what is presented here isn’t a good piece of storytelling that offers a rich, complex story of vengeance. However, this gets muddled towards the end, resulting in a limp ending that negates a lot of the earlier potential The Nightingale had.

The story in The Nightingale is as follows: Clare, an Irish convict indentured by a British Lieutenant, Hawkins, realizes that there is a high price to pay for her freedom and protection. False promises are given by the Lieutenant, of a ticket of leave to live happily with her family, but ultimately Hawkins refuses to lose his control of her. When this control is threatened, the Lieutenant commits a heinous act against her family. Hiring a black guide called Billy, she vows to chase Lieutenant Hawkins across the Tasmanian wilderness.

If you don’t know the writer/director of this film, you might have heard of her previous film, The Babadook. The Nightingale is a complete step-up in many ways, notably in its violence. Jennifer Kent pulls no punches as she depicts the life of those under the oppressive rule of the British, featuring sexual and racial violence with no qualms. To say it is a hard film to watch would be a great understatement.

Violence for once was not gratuitous, but to show the inhumanity of the oppressors and the bleak reality of those disempowered. Rape features prominently in The Nightingale, but though it is a plot device, it is not for the entertainment of the audience, but to show the brutality of the English. It is unrelenting in its depiction, though not graphic, and makes for decidedly uncomfortable viewing, as something so traumatic should be.

Though we follow Clare as she seeks vengeance, this tale is not a simple revenge story. What is different with this story is that it depicts a more realistic portrayal of revenge. Clare did not suddenly become imbued with physical skill or strength to carry out her vengeance. She is still the same woman from the beginning, just consumed with grief, anger and hatred. As she soon finds out that rage alone cannot sustain her, becoming haunted by the memories of her family.

And she isn’t the only one that is feeling the same powerlessness and anger towards the British. Billy, her guide, has just as much reason to hate them, with his whole family having been murdered by British colonists. Considering The Nightingale is Baykali Ganambarr’s first acting credit, he is astounding, offering a tender, heartbreaking and excellent portrayal of a man who has lost everything — including his hope.

However, this story does not follow the typical trope of mutual interests combining as she does not share her intentions with him initially. And as much as Clare is meant to be the hero of this story. She is just as influenced by racist ideas as those who killed Billy’s family — and for her he is a means to an end when they meet. But throughout their journey, they develop a friendship and mutual respect for one another based on their shared pain. It is these gentler moments that make The Nightingale worth enduring its bleakness.

Let’s not forget the main villain in this story, as he plays just as important a part as the main protagonists. Through Hawkins, we see the entitlement, privilege and complete disdain for the Aborigines by the colonists. Not that he is particularly friendly to anyone of those who help along the way. Brutalizing his fellow soldiers and his servants to satisfy his wants.

We see the cycle of abuse when he tries to take a young boy who is helping with the cargo on their travels. The boy is young and clearly doesn’t understand what is going on, asking Hawkins if the black woman they captured is being hurt, while you hear her screams in the background. But Hawkins uses the boy’s desire to be more than just a poor orphaned child to try to turn him into the same monster as him.

There is a realness to this history based film that others have failed to capture. This is probably down to Jennifer Kent’s consultations with Tasmanian Aboriginal elders, to make The Nightingale as authentic as possible. However, this film is still problematic, even with its earnest attempts to shed light on an atrocity that people want to forget.

The darkness of this terrible piece of history as the backdrop of Clare’s story undermines the progressiveness this film seems to seek. Even in the final shot, Billy is forgotten, and we only see Clare’s eyes. We have all seen the story of a white person learning the wrongs of their prejudices and The Nightingale does not offer any context that is noteworthy. This makes the film which could have been so much more, feel a bit shallow — and particularly suspect when comparing their traumas.

And this is perhaps why I have such mixed feelings about it. The story is diluted between two characters and it is not sure what to do with either of them. When Clare and Billy finally confront the man they have been pursuing, there is a limpness to it, even after Billy takes action. Through trying to combine these two tragic stories, it unwittingly diminishes the distinctive impact Clare and Billy’s stories deserved.

The Nightingale is a film worth watching, but unfortunately its potential is wasted. 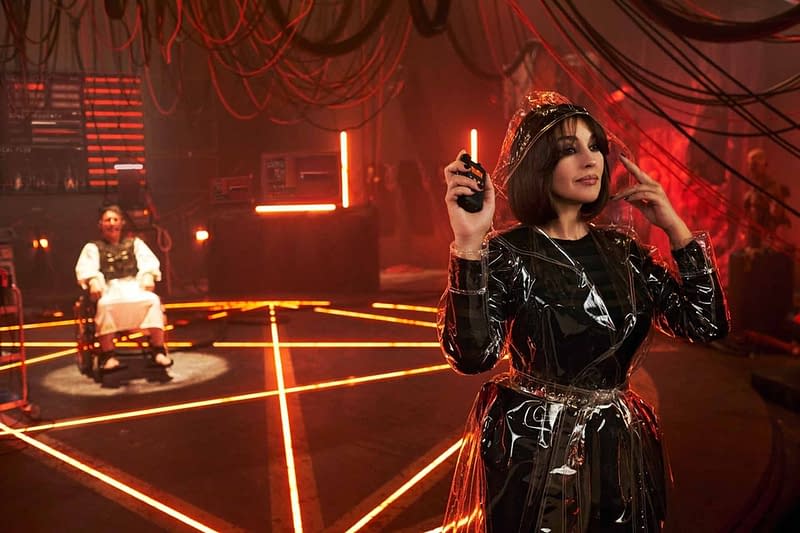