It was always going to be a challenge making people care about a series set before the original series. They don’t have all the cool bells and whistles like shields and tractor beams – even transporters being new, controversial and feared. But with some good stories and character development, Star Trek: Enterprise might have been more than just aggressively vanilla in its scope.

Let’s start with things Enterprise did right, before all the things they did oh so wrong. I have to say, I do like the uniforms they decided to go with. It makes sense that the uniforms would be closer to NASA style than the uniforms we are familiar in the Star Trek universe. Really drives home, the time setting so you don’t forget.

Like all Star Trek, Enterprise isn’t afraid of talking about tough subjects. With the mind rape episode, we can see how dangerous telepathy is and explore the less logical aspects of the Vulcan race. There is a lot of first contact, and we can see the mistakes that teach humanity to establish rules such as the Prime Directive.

It also tackles grief with Commander Tucker and its profound effects. We also have a lot of racism that is portrayed in the series. As well as many other subjects like ethics of cloning, addiction and the grey area that is war. However, sometimes they fail to show the complexities of these issues and end up glossing over them.

Unfortunately even with these good things, the qualities that let the show down are not negated. The first two seasons of Enterprise are used to introduce us to the personalities of the crew, and the complexities of the era in which the show is set. This includes a number of potentially interesting character background elements, which if used correctly could have given story arcs more nuance and gravitas at a later time.

However, this never seems to materialize, and each episode is a standalone episode that offers little to the Star Trek universe. In season 3, we get more of a plot forming with the war against the Xindi and I think that’s where things get a little better. But sometimes, it seems like someone is making a joke series, and they are not quite sure what the punchline is.

I am going to delve more into the characters because I think this is really where the Star Trek series show their strengths and weaknesses.

But before that I must discuss the most controversial thing about Enterprise which is the theme song.

Faith of the Heart

I don’t know where they were going with this. I was not against having backdrops of culture in the theme’s visual, in fact the progress montage is quite poignant, but dear god why this song of all the songs? It is so out of place with the Star Trek universe and Enterprise as well. It seems like someone was cajoled by a friend into choosing this. Or maybe they were blackmailed or on a coke bender, who knows. But I can’t think of anyone in sound mind, thinking this was a good choice.

However, the theme in the first two seasons becomes a lot more tolerable when you hear the revised version. They decided to go a bit more acoustic (WHY!!!!!) and it sounds more like a theme for a cowboy on a long journey, telling a younger companion his life story. It is especially jarring when Enterprise has a dramatic intro sequence drawing you into the exciting fight for humanity’s survival, and we get this upbeat monstrosity jangling along with all the solemnity of a donkey in a sombrero. If Netflix could just make it auto-skip that theme, I would be forever grateful.

Now onto the characters:

Captain Archer just has no gravitas or authority. I get that Enterprise and Earth is new to space exploration in this series so everything is new to them. But did he have to reinforce the Vulcan ideas of humans being an emotional and destructive race so well? His moral compass and ethics are all over the place. In one episode, he scolds Commander Tucker for getting involved in the dynamics of a race who uses a third sex to conceive and is treated lesser than a pet.

But previous to this, he has interfered in many cultures and continues to do so. I mean he’s on the run from Klingons because he refused to accept that he committed a crime by their standards. Don’t get me wrong, I loved Scott Bakula on Quantum Leap, but with the storytelling and his limited range, I think he is more suited to the lovable sidekick than the captain of a starship.

Malcolm Reed is what prompted me to write this review, as I hate his character with relish. Not only is he very two-dimensional – I mean he only has his Britishness as his main trait – but for a tactical officer, he acts more like a child than someone you would trust with a phase pistol. Reed is the epitome of the Napoleon complex. Constantly feels threatened by anyone who offers to help. And he really thinks he is hot stuff, but I’d rather trust my safety and tactical readiness to Porthos than him. It doesn’t help that he constantly looks smug, though I don’t know why.

There’s also his creepiness to all things female. This is clearly shown in the episode “Shuttlepod One” where he spends a large amount of his time composing love letters to women that turn out have only a vague acquaintance with him. There were rumours of him being played as a gay character, but that could have only been if he was deeply closeted. Which may suggest why he is so creepy with women in the show but doesn’t make his character any more likeable.

Add to that, his complete lack of respect for authority with frequent displays of condescending insubordination, Malcolm Reed should have been killed off.

Hoshi seems to have a language fetish and that’s really as far as her character development goes. In the beginning, she was fearful of space and enclosed spaces. I would have liked if Enterprise had explored this further to highlight the stresses of space travel but alas no.

Ensign Travis, I would say does not have much personality at all. We know he grew up on a cargo ship and there were some disagreements amongst his family for leaving for Enterprise but it doesn’t go beyond that. I would have been very interested to see how the Starfleet establishment affected human culture and its economy, through his character.

Phlox is one of my favourite characters apart from the dog Porthos. His race is interesting with their poly dynamics, and he has a strong moral code for most of the show. His conflicts with the Captain are the most interesting as he shows his principles when he refuses to do any unethical even under direct orders from his Captain. I really feel for Phlox having to tolerate the sea of emotions that is Captain Archer, along with the rest of the crew.

Initially, his role was as their primary physician, but he became more of a counsellor helping the crew navigate emotional conflicts and ethical dilemmas. Doctor Phlox is so much more than a doctor, and like the Doctor from Voyager, he ends up being responsible on many occasions for saving the crew, not only using his medical expertise but using bravery to navigate warp mechanics and hostile species.

At first, I was not fond of this character. Obviously she was put there to be the sexy icon of the show much like Seven of Nine in Voyager (many butt shots in Enterprise too). But she grew on me as the show progressed, and she stopped pouting as much. She is a great exploration of how Vulcans have a ways to go in dealing with other species and navigating their emotions.

She also shows that Vulcans are more than just the logical species we know them to be. They have darker illogical sides they like to ignore. And through her relationships with Archer and Trip, we can see the softer side of Vulcans who develop deep respect and love for people.

I have to say, I like this character a lot. He is the fun-loving guy with buckets of charm, but with empathy on his side as well. And he’s not afraid to stand up for what he believes in. Earlier in Enterprise, he is more of comic relief with his pregnancy, but later on, he develops more nuance to him. We see his struggle with racism towards the Vulcans, his conflict with races that treat subspecies lesser than themselves and his struggle with a grief that threatens to overtake him. For a character that started off two-dimensional, his self-awareness and growth are fascinating to watch.

That’s not to say that I didn’t enjoy a lot of Enterprise. There are fun moments to be had and as I have stated, a few interesting characters. But if you want to delve into the Star Trek universe, you might be better off with one of the more well-known and liked series in the franchise. 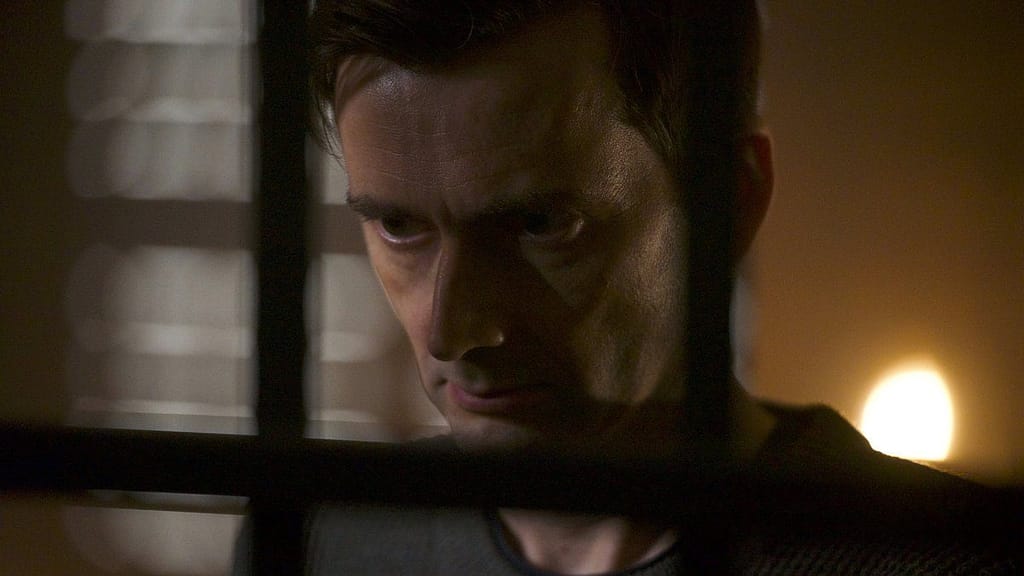 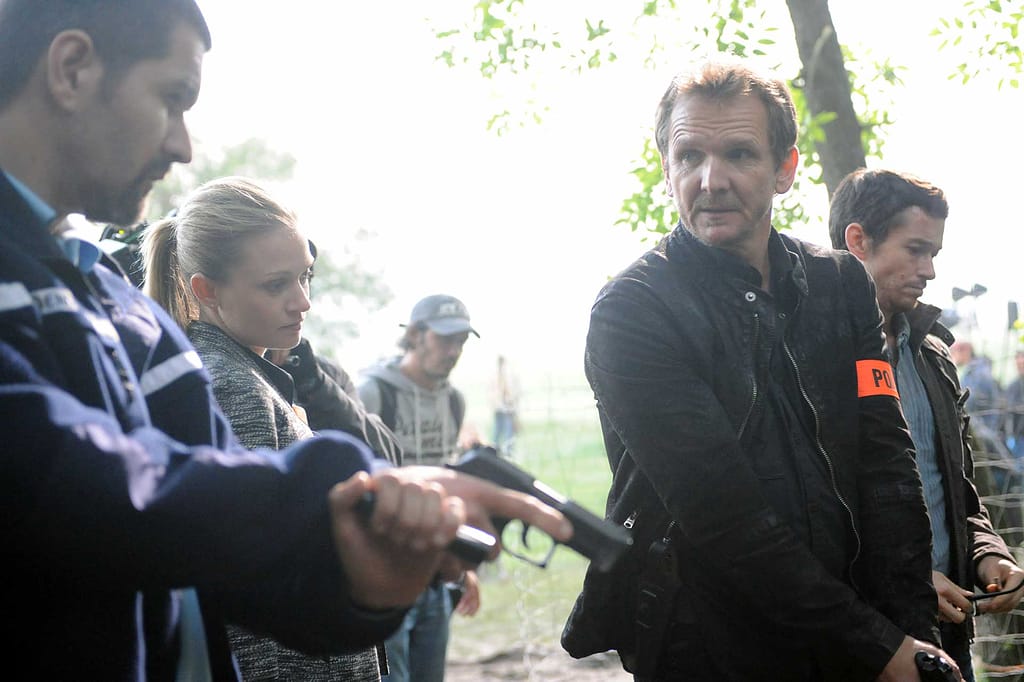