Back in the day, it seemed like British TV shows were really rubbish. But now with so many streaming sites to access old and new shows, the opportunities are endless. Lots of people these days watch a lot of American made TV shows, and there are some pretty good ones out there. But I thought I would do a little appreciation for British shows that may be a little neglected with all the HBO blockbusters around.

This show is probably more relevant than ever with the police brutality going on in the USA. But this show focuses on “bent cops” as they say in the show. It follows a crime unit called AC-12 rooting out corrupt cops, no matter how high up in the police chain they are. It is the ultimate justice gets served show. The actors are all top-notch in this, effectively portraying 3D characters.

Even though AC-12 deals with a lot of black and white in terms of corrupt cops, this does not mean the show lacks any nuance. Throughout there are pressures from outside and within that test their resolve in pursuing the truth. And what is even more amazing about this show, is that even though each season deals with investigating a new person, there is an overarching storyline that is full of twists and turns that spin your head around.

A story of a woman scorned is the simplest way to put it. But it is much more than that. This reminds me of The Count of Monte Cristo if he hadn’t waited 20 years and just went to town on getting his payback. The portrayal of betrayal and love turning into hate in a marriage – is hands down the best I’ve seen in my lifetime. It is only 2 seasons, but damn I was not able to turn away from this drama.

In fact, I ended up watching the full 2 seasons during one evening and night. It’s the modern Shakespeare with all the trimmings of betrayal, obsession, revenge, plotting and distrust. Also, if you are from Hitchin (a small town just down the road from me), you will appreciate it being filmed there.

I tuned into this one night as I wanted a laid back cop show to balance all the crime dramas I was watching. However, that was not one of those shows, the name deceived me. There is black humour in it, but if you think there isn’t a serious crime happening in Happy Valley, you are in for a shock. Following Catherine Cawood who is a no-nonsense, takes no prisoners police officer, you are in for a serious drama. Events start to unravel as the person responsible (though never proved so) for her daughter’s rape and later suicide is released from prison.

Admittedly I have not watched past the first season of this, but even the first season makes it worthy of being on this list. We all knew David Tennant could be charming in Doctor Who. But he really shows his acting chops with this role. A murder of a young boy tears apart a small community. The murderer is suspected to be someone close and everyone is looking at each other, questioning their actions and motives.

The Fall stars Gillian Anderson and Jamie Dornan, known famously for his role in Fifty Shades of Grey. Following Stella Gibson, a passionate and frosty detective who is in pursuit of a serial killer, as she sets her sights on Paul Spector (Dornan). Unlike other TV shows, you know from the get-go that Paul Spector is a nasty man. You see perspectives from both law enforcement and the killer. The best scenes in this show are where the main protagonists face off against one another, with intense and gripping head-to-heads.

Ross Poldark returns to his home in Cornwall, after the American Revolutionary War. Trying to rebuild his life and income once again, he finds a lot of things have changed in his absence. Finding old friends and even older enemies wherever he goes, Poldark is a very gripping drama. With beautiful landscapes and a brooding protagonist in this period show, what more could you want?

If you have heard about Downton Abbey and have not watched it already, stop what you are doing right now. It follows an aristocratic family at the start of the 20th century, showing their perspective as well as those of their servants. Everyone has secrets to hide and lies they must tell, in this gripping drama. With an incredible cast, things are thrown up into the air when there is the death of the Lord’s heir, throwing a distant cousin into the role who is no more than a stranger to the Crawley family. Tackling events such as the First World War, and issues such as women’s rights, gay rights and unplanned pregnancies, this is a masterpiece of British television.

Starring Idris Elba as a complex and troubled detective who pursues the psychopathic murderer Alice Morgan. A complicated relationship that becomes more than just one cop chasing a suspect, Alice and Luther develop a symbiotic partnership that leads them both down dangerous paths. With creative and intelligent characters, you will not resist watching these two on screen as they play against and off each other.

This mini-series packs a punch in the feels department. Following John River a police inspector who is haunted by his partner’s death, so much, he sees her wherever he goes. His grief is ever-present on the screen, it feels physical to you. He must investigate her death, while also being haunted by all the murders including hers he has had to bear witness to. Stellan Skarsgård knocks it out of the park with a fragile and haunting performance, you cannot bear to look away from.

Top Boy is the British’s answer to The Wire. A show which is full of young people who have the world set against them. Following two drug dealers, navigating the complicated and dangerous underworld of the drug trade, no punches are pulled in this serious crime drama set in Hackney on a fictional estate. But it is so much more than a simple show about life on the criminal side. Featuring a nuanced look at the impact of drugs, violence and poverty on the estates in Britain, it is a social commentary on the allure of crime in an unfair and unjust world.

It is in my opinion that David Tennant should always play a questionable character and this show confirms it. Set in an interrogation room for each episode, it is a cat and mouse game between the detectives and their suspect. Probing with ferocity, the detectives use every tactic in the book to push these suspects to reveal the truth and possibly save someone before the time runs out. The great thing about this show, it presents characters that feel very real and keeping you guessing on what the real story is behind each suspect and their suspected crime.

What is your favourite British TV show? Share below in the comments. 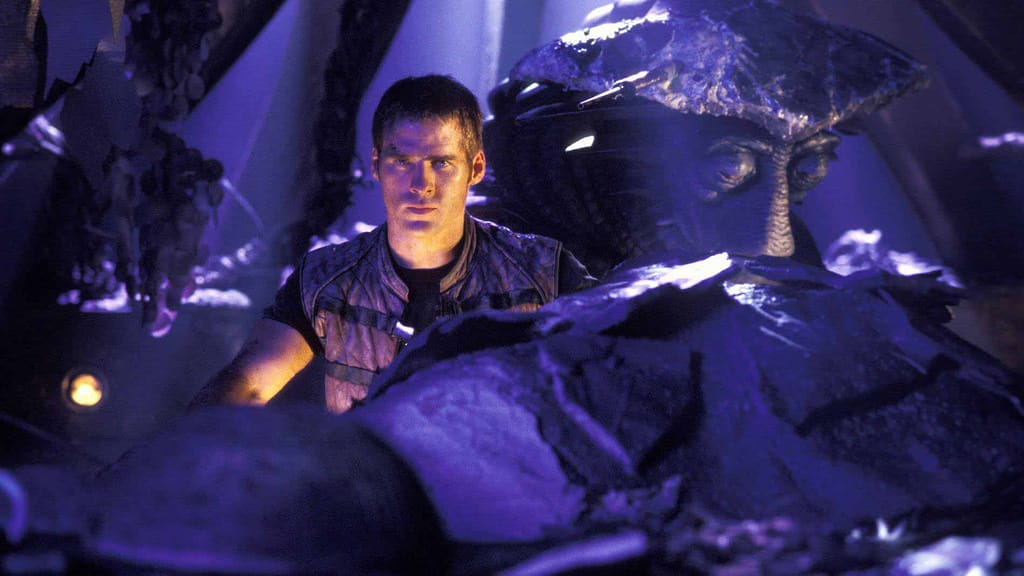