Bad Samaritan is what I would call the perfect psychological horror. Rather than focusing on gory torture, the whole story is about trying to break a man, who had the misfortune to stumble across a hostage in the home of a completely diabolic and psychotic man. David Tennant, who is the villain in this, has played bad guys in a few roles (mostly famously Kilgrave in Jessica Jones), but I think this has to be his most sinister delivery yet.

Bad Samaritan follows Sean and Derek, who work as valets at a fancy restaurant. During their shifts, they use the cover of their job to do small-time burglaries of those who eat at the restaurant. On one particular night, a complete A-class arsehole called Cale turns up and they are sure that he is their next target. Sean immediately drives over to his house using the car’s GPS and starts to search for items to steal. He comes across a locked room, and thinking it must hold valuables, he opens it.

However, instead of goods, he finds a woman called Kate, completely black and blue who is tied to a chair with chains and a gag in her mouth. Unable to free her, he searches for some tools but loses his courage and bolts. Later on, feeling very guilty, he contacts the police anonymously but they don’t even search the house. Determined to make sure Cale’s crime is found out, he enters into a game of cat and mouse with Cale – which will lead to dire consequences for Sean and everyone he loves.

Bad Samaritan got a lot of bad rap for taking a lot of influences from other horror thrillers but I don’t think this will lessen anyone else’s enjoyment of it. Whilst it may not be entirely original (what really is these days?), the cinematography and pacing of this film make it a compelling watch.

The most interesting scenes in Bad Samaritan are undoubtedly those that feature Tennant and Robert Sheehan, who have limited actual on-screen time together, but when they do come head to head, it is deliciously tense. Most of the interactions that play off one another are through phone calls, so to get that level of intensity from both sides when not on screen together, is something to be commended.

Sheehan, who plays our hapless protagonist Sean, is just as compelling to watch as the villain in Bad Samaritan. Sean is a photographer who rails against a normal life, using petty crime to supplement his minimum wage job. It is this criminality that leads him to discover the kidnapped woman, but it is also this aspect that disrupts police officials’ willingness to believe his story and frustrates his efforts against Tennant’s antagonist.

I find Sheehan’s portrayal of Sean to be compelling to watch, his initial willingness to help turns into fear, and then later, intense guilt, is something I feel a lot of people could relate to. He is not the cookie-cutter hero that saves the day, he is the thief that wants to remain under the radar, but cannot let go of his mistake, doing anything he can to fix it.

Everyone’s dismissiveness of his story just adds feverish intensity to the cat and mouse game he has unwillingly been thrust into. Yes the police being less than useful in a movie, is not original in the slightest, but how they used to enrich Sheehan’s character is what makes it different from the rest of its thrillers.

As I said previously, Tennant really shines as the ruthless psychopath. Though Sheehan is integral to Bad Samaritan, it could have all fallen apart if Tennant hadn’t managed to portray a convincing serial abductor. We end up knowing little about this Cale character, apart from that he is wealthy and is used to having the world bend to his will. Cale is a man that seems to be devoid of any emotion except annoyance and anger.

His lack of care about anything apart from breaking his victims is the most frightening of all. The laser focus that is turned on Sean, committing himself completely to destroying Sean’s life by using Sean’s secrets against him, is beyond sinister and frightening. It would have been easy to make this a slasher film, but it is the psychological terror that Sean experiences that makes it so mesmerizing to watch. Each day, he slowly dismantles any happiness that Sean may have by targeting his loved ones, through violence or divulging secrets best kept hidden.

Bad Samaritan is a film that starts with a sinister dark room with a beaten woman, and as such, I was expecting it to focus on the abuse of the female victim. I had half expected to see gore and torture as the main focus of the film. But it was refreshing to not have to watch a man beat a woman onscreen. It is clear that she has been utterly abused and mistreated, but it is enough to show that, rather than make the audience endure that experience.

That’s not to say that the woman, Kate, did not bring important character development to Bad Samaritan. As the victim, she is the crux of the movie and is Sean’s motivation to risk everything he can to bring her kidnapping to light. But also through her, we get insights into how Cale, our rich psychopath works.

In one scene, it is clear that she thinks that perhaps there is a sexual component to Cale’s kidnapping of her. But that is not what Cale is interested in, and almost seems insulted by the insinuation of it. And although she first appears as the helpless victim in this, we slowly learn that she has a resilience and strength that was not first apparent.

The only criticism I have of Bad Samaritan is probably the hammy backstory of Cale. As I said, we do not know much about him other than being a rich man. In the opening credits, we are treated to a weird scene involving the abuse of a horse. I found it a very shallow attempt at creating a contextual background for this killer. It wasn’t anything beyond stating that serial killers often treat animals cruelly at a young age. Though it obviously was his first steps into the psycho territory, it does little to explain his motivations to break people. Not that this film necessarily needed that, so it felt a bit forced in context.

However, that can easily be brushed aside, as it is just a few moments in a completely engrossing film. It would have been such a disappointment if all that build-up had not led to a brilliant showdown between Kate, Sean, and Cale at the end of Bad Samaritan. Anything I could say about the ending would ultimately spoil it, but it feels like a fitting ending for such a tense and dread-filled movie.

For fans of David Tennant, Bad Samaritan is a must-watch. But even for horror and thriller fans, this is an exciting and suspenseful cat and mouse game between an unlucky thief and a psychopath who will stop at nothing to dominate everyone who tries to disrupt his sinister plans. 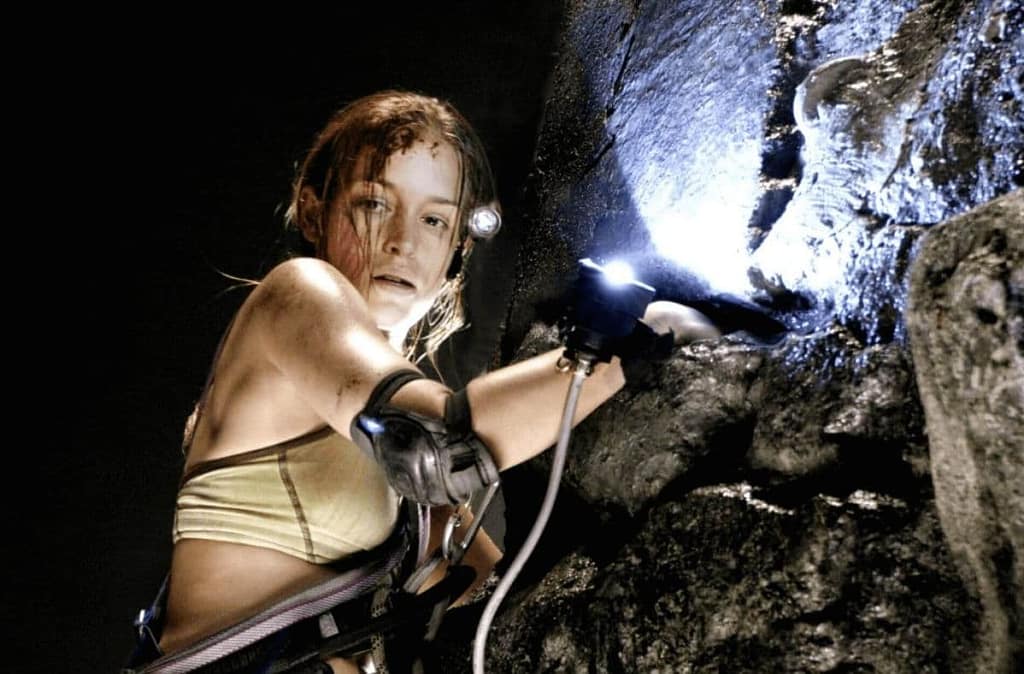